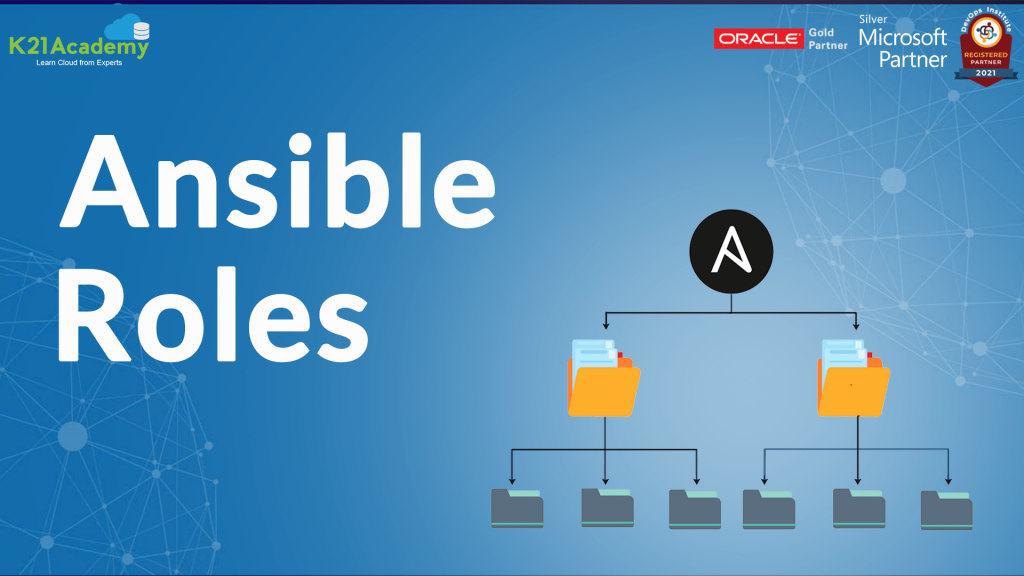 ➤ What is Ansible Playbook?

You might be familiar with the Ansible playbook. These are a complete collection of tasks containing configuration and deployment instructions.

➤ What are Ansible Roles?

Ansible Roles are much simpler than Ansible Playbooks. All the tasks of the Ansible playbook are divided into different modules called Ansible Roles. Roles provide a framework for independent and interdependent collections of variables, tasks, modules, and templates. Ansible Roles helps in modulation, and for a developer, it’s much easier to manage these roles.

➤ How to create Ansible Roles?

➤ This blog will cover the following topics in detail.

• What are Ansible Roles

If you want to learn more about Ansible and create Ansible Roles by yourself, then check our https://k21academy.com/ansible15