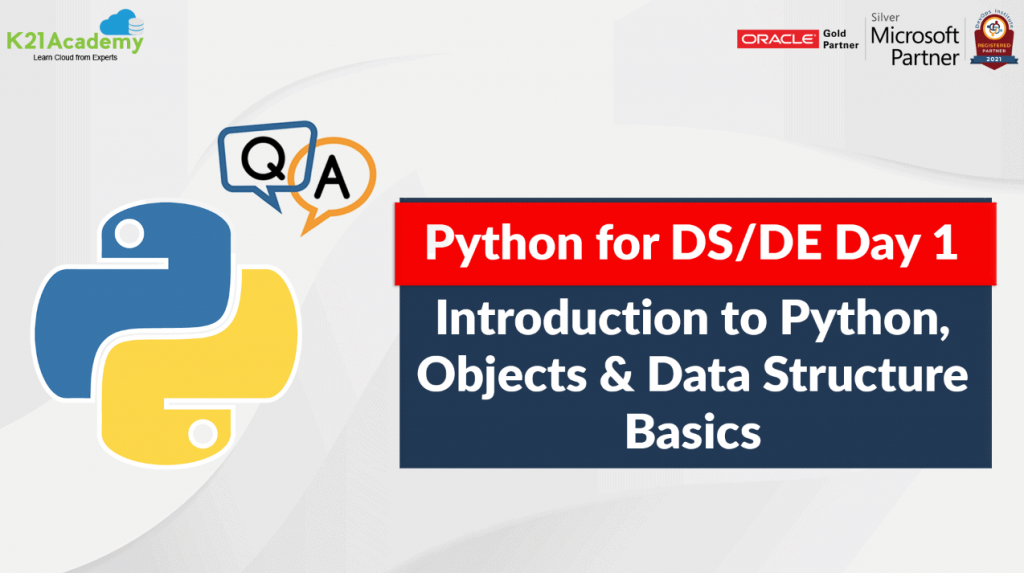 An Object is an instance of a Class. A class is like a blueprint while an instance is a copy of the class with actual values.

An object consists of the following three categories :

* List- It is defined as an ordered collection of items. The order of elements is an inherent characteristic that remains constant throughout the life of the list.

* Tuple- A tuple is a built-in data structure in Python that is an ordered collection of objects. Unlike lists, tuples come with limited functionality.

Tuples cannot be modified, added, or deleted once they’ve been created.

* Dictionaries- Dictionary is a non-homogeneous data structure that stores key-value pairs and is represented by { }. To know more about these Basic Python Concepts covered in our Day 1 session at https://k21academy.com/pythonday1

I will update the this link Topics that we’ll cover in this blog:

Join our Waitlist to know more about it.