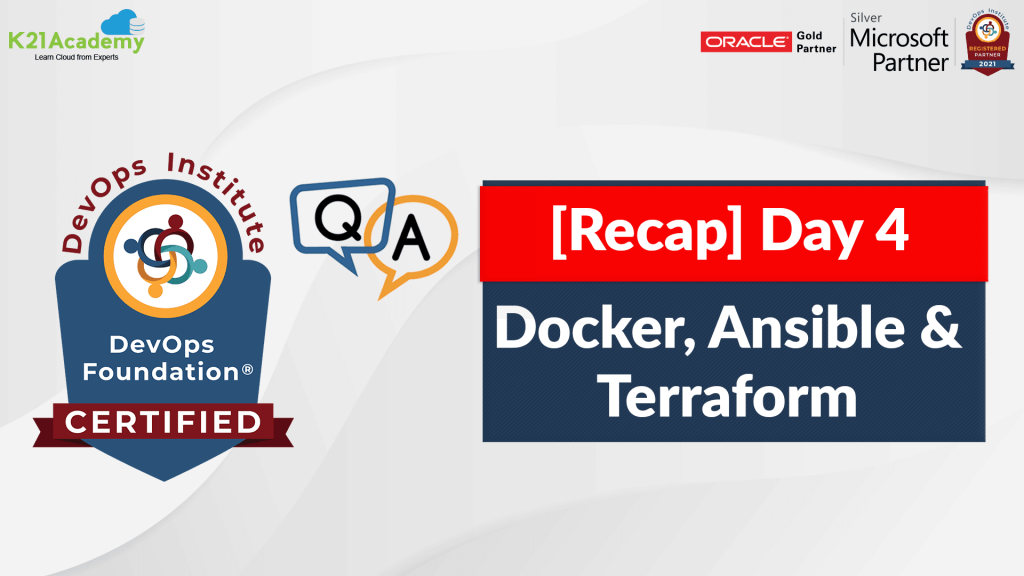 Docker is an open-source platform based on Linux containers for developing, shipping, and running applications inside containers. We can deploy many containers simultaneously on a given host.

Containers are software packages into an invisible box with everything that the application needs to run. That includes the operating system, application code, runtime, system tools, system libraries, etc.

Docker containers are built off Docker images.
They are very fast and lightweight.

After all, they don’t need the extra load of a hypervisor because they run directly within the host machine’s kernel.Terraform is one of the most popular Infrastructure-as-code (IaC) tool, used by DevOps teams to automate infrastructure tasks.

It is used to automate the provisioning of your cloud resources. Terraform is an open-source, cloud-agnostic provisioning tool developed by HashiCorp and written in GO language.