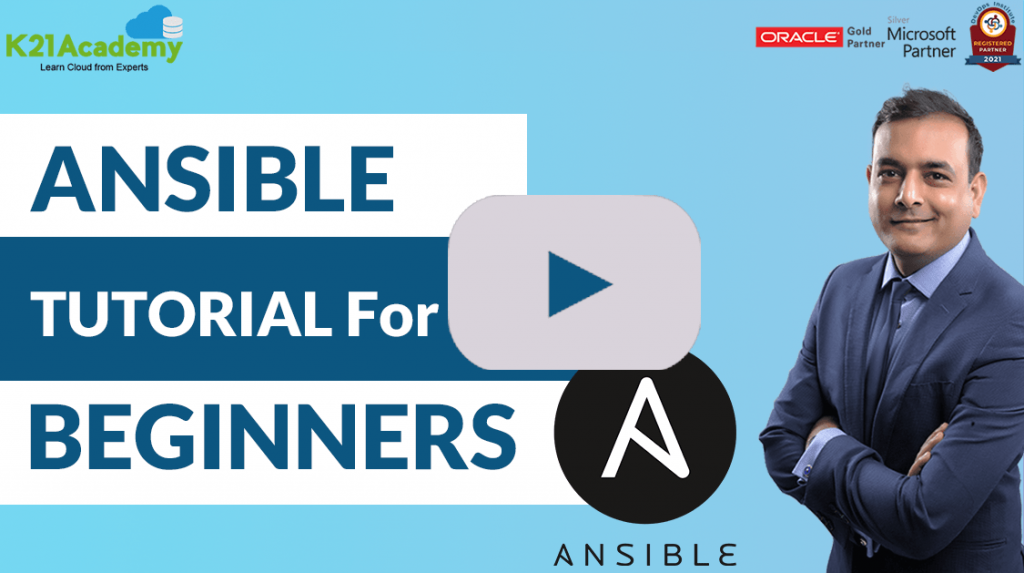 #Automation: In simple words, Automation has become known more as using machines to reduce work performed by humans. In other words, it frees up time and increases efficiency.

# Ansible: Ansible is an open-source automation tool with a simple automation language that can perfectly describe IT application environments in Ansible Playbooks. Ansible provides reliability, consistency, and scalability to your IT infrastructure.

# Ansible in DevOps World? * A DevOps is basically a combination of certain automation tools, which help you to speed up the process of delivering software to the client. Dev+Ops – Development + Operation

>Ansible: What Problem It Solves

> Where should you use Ansible?

Q/A & Quiz To know more about Ansible, read this blog post at https://k21academy.com/ansible16